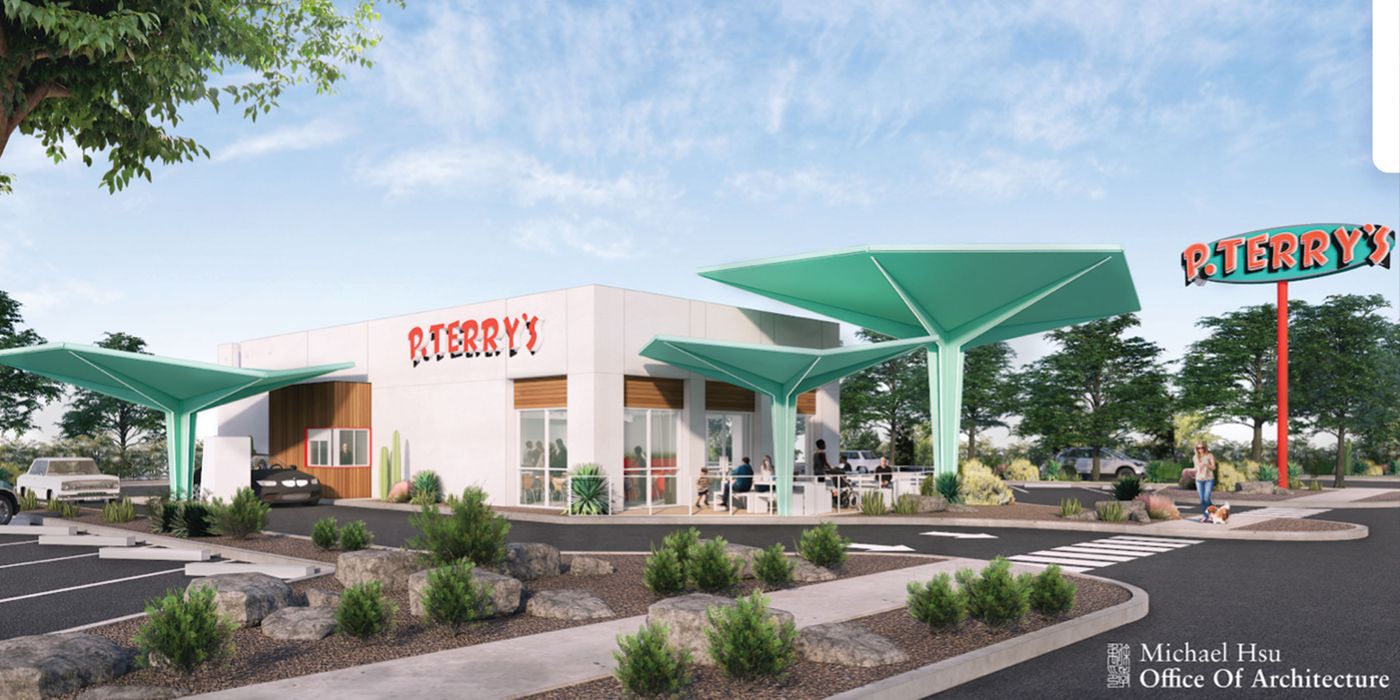 Austin, TX (December 20, 2019) - P. Terry’s Burger Stand announced today that it will open its first University of Texas location in Spring 2020 in Terry Enterprises’ former Taco Ranch location at 517 W Martin Luther King Jr Blvd. The central Austin Taco Ranch will close this afternoon and will be remodeled into the iconic burger stand starting next week. The first University of Texas P. Terry’s will feature patio and dine-in seating along with two drive-thru lanes.

“As much as we love Taco Ranch, as a company with all eyes on expanding P. Terry’s, it just made sense to have a presence at the University of Texas,” said P. Terry’s and Taco Ranch co-founder Patrick Terry.

Taco Ranch employees have been offered the opportunity to continue their employment with Terry Enterprises at Taco Ranch’s first location, or at another P. Terry’s location.

“We are excited to give the UT campus and its neighboring businesses a P. Terry’s of their own. Our anticipated spring opening is one of several new locations slated for 2020 as we continue our expansion in Austin and beyond,” stated P. Terry’s CEO, Todd Coerver.

Terry Enterprises appreciates the many loyal fans of Taco Ranch and looks forward to serving them at the original Taco Ranch location at 5033 West US Highway 290 Service Road, which will remain open.

P. Terry’s has proudly been family-owned, by Texans, for Texans since 2005. Known for their focus on all-natural ingredients and scratch cooking, they serve fresh never-frozen Black Angus beef, chicken patties formed in-house from whole chicken breast, and fresh-cut fries made from all-natural potatoes - free of trans fats and hydrogenated oils. It’s P. Terry’s proclaimed mission to, “always provide fresh, high-quality food at an affordable price while taking care of our customers, crew, and community every chance we get.”

Apart from the food, P. Terry’s is also known in Texas for their “Giving Back Days,” (one Saturday per quarter all revenue goes to support a designated local charity) and ensuring their employees' well-being - through opportunities to grow with their business, access to unique benefits, and paying above industry standards.